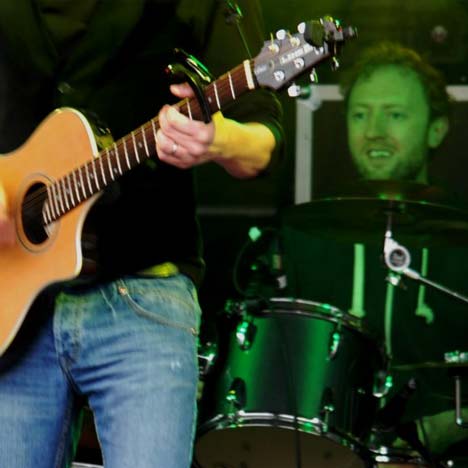 Roscoe is a 3 piece Dublin based band. A mix of classic rock leading right up to todays Hits!

Roscoe is a Dublin based band.
All members played in successful bands but shared a common desire to put something fresh and different on the entertainment circuit.
They have a remarkable range of tunes R&B, rock and pop (both classic & modern) in their set.

A full list of the bands set is listed on this site.
In summary, guys who love what they do, do it well and who love to share it with people.

JUST WATCH THE HEADS! Witness the synchronised bopping and toe tapping to this Locomotive sound!
With a return record of 100% in every gig they’ve done since their inception, this band is a “bit special”.